As I’ve mentioned before, I’m currently one third of the cast of That Bloody Podcast!, which you can find out more about here

One of the biggest issues of speaking live, without scripted or rehearsed material, is the likelihood of not getting your individual point across as clearly as you might like. Podcasts are better for discussions, after all.

With that in mind, I’ve decided to start writing a companion piece to earlier recordings, where I can write out my personal thoughts and opinions on the subjects we covered and try to offer something new. Well, you know what they say about hindsight!

And so, without further ado, today’s offender:

The basis for this question came from an article on the Guardian website detailing comments made on Twitter by screenwriter, Max Landis, in reference to the box office failure of his most recent movie, American Ultra. Landis is perhaps best known for writing the screenplay for the 2012 film, Chronicle.

On Twitter, Landis asks “Are original ideas over?“, before going on to further explain his position, being “that American Ultra lost to a sequel, a sequel reboot, a biopic, a sequel and a reboot,“.

In the podcast, we talked in length about a few of the films he was referring to, specifically Mission Impossible: Rogue Nation, the fifth and most recent instalment in the popular Mission Impossible series. Other films of the time included Hitman: Agent 47 and Sinister 2, the first a video game adaptation and reboot, the second yet another sequel.

I’m not going to discuss these individual films again, partly because two of them I haven’t actually seen and one is dealt with very thoroughly in the podcast itself. I will, however, talk a bit more about the idea of a war between the “original” and the “established”.

It’s very difficult to sell something that doesn’t already have a following. Hollywood, in particular, often appear averse to trying new things, which is why sequels, reboots and adaptations of already popular things are created. This is, I must emphasise, no assurance of success. Many reboots fall flat (see “Fantastic Four“), many adaptations divide the expected audience and many sequels are met with disdain. There’s an expectation that these things might do well, based on the fact an audience for them already exists, but that doesn’t make success a certainty. There is always an element of chance.

Outside of the perceived realm of cynical businessmen, there’s little actual evidence to suggest that original ideas are “over”. In fact, John Cameron’s Avatar, the highest grossing movie of all time, is based on an original concept (all arguments about the lacklustre script aside!). It’s not an adaptation, and though there look to be sequels to it on the horizon, it is not itself a sequel to an existing film or a reboot of a previously dead franchise.

Even ignoring that particular film, what about the likes of Dan Gilroy’s Nightcrawler or Duncan Jones’s Moon? Both original concepts, both critically well received. In the case of Nightcrawler, it was the director’s first time behind the camera. Hardly a recipe for expected success. Similarly, it was Duncan Jones’s first big break.

Moving back to Landis himself, the movie, Chronicle, was well received as well, with a high rating of 85% on Rotten Tomatoes (as of today). That film was also an original concept.

So why exactly did American Ultra do so poorly? Competing for the time and money of moviegoers with a film like Mission Impossible: Rogue Nation, cannot have helped, and such a big movie is expected to steal limelight from the unestablished little guy, but it’s still no assurance that a film won’t do well.

Take the reviews for example. Rotten Tomatoes has a rating for American Ultra at 44%, indicating, by and large, that critical responses to the movie were mixed or below average. This particular film was not majorly well received.

There are lots of factors that can be attributed to a film’s success or failure. Originality alone, it seems, is not enough of an indicator one way or the other. To summarise more succinctly, established franchises may well be assured an audience, but that does not guarantee them success, and for that matter, neither does an original concept guarantee failure. 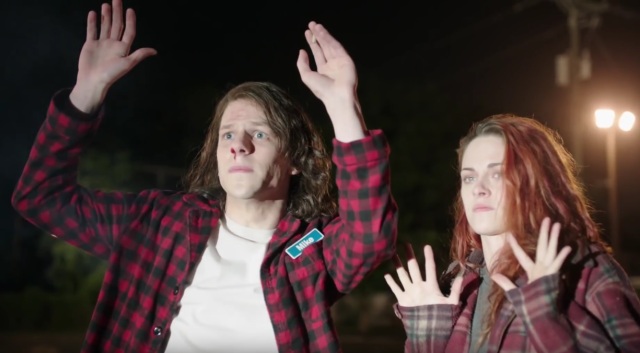 About A. R. Whitehead